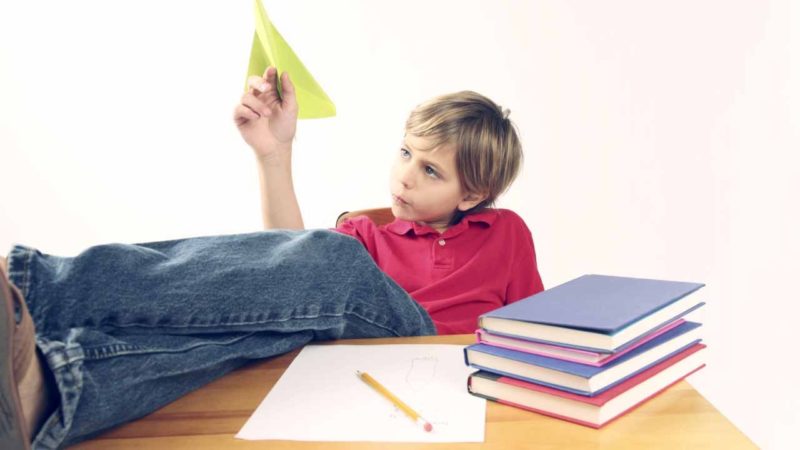 How does one do it?! What is the bodily function responsible for such an action? Taking into consideration that the brain is also part of the body, how does one force their thoughts to only project on one single limited aspect of what is happening “out there”? How does one really “Pay attention”?

These- and many more like them- are questions our good-willing teachers and up-bringers did not ask themselves while hopelessly and trivially trying to get us kids interested in whatever they were trying to convey to us. Not only is it mind boggling, but also brain damaging to try and filter what is important, from what is not to any child, considering that each have their own interests and passions. Of course, such a consideration is not taken into account, and what we are left with is a scene where a teacher has no choice but to use the one phrase that, I believe, has created more neuroses in the world than we can include in psychology courses. The one expression that has done more damage than all social tyrants combined: “Pay Attention”! Such a simply put phrase, when said to a growing mind has the ability to make a weapon of mass destruction, out of something that was meant to be a beautiful and compassionate tool.

Trying to understand how such an expression affects the cultivation of the ego.

“Ego” is a very popular topic of conversation and debate in today’s society, though it is very easily mistaken with many other concepts and moral topics. Choosing to discuss what the ego is NOT will prove to be a very long article. Especially so, if we take into consideration all the connotations that it has acquired over the span of the history of conscious sciences, philosophy and of course, religion. So, I will simply stick to trying to convey to you what the ego IS, in the simplest and most direct way, trying to use as few words as possible, all while also trying to give you a reference point for the future, should you wish to go on the long quest to find your so-called ego. Are you ready? Now PAY ATTENTION… a little more… there you go, that’s it! Did you do it? Well, by simply reading this famous expression you have just exercised your ego! It is not an anatomical function (though teachers and parents use this expression as if it is) but it DOES get expressed physiologically by cringing, stressing random face muscles, executing ticks or abruptly stopping them. All this (and even if it goes unnoticed to the experiencer and/or gets hidden in the sub-conscious – whatever THAT is -) is a result of one futily trying to shift one’s attention into a different frequency from where it was just a moment in the past. It is like trying to get all the water in the river to suddenly go against the stream…

The subtle, yet upsetting paradox!

Trying to pay attention is like telling someone: “you MUST relax”! It is a paradox, and simply cannot be done! And like all paradoxes they leave one confused, frustrated, guilty and just plain upset. And these feelings are a prerequisite for neurotic behavior, from which our dear psycho-analytical and psychiatric circles make most of their monetary profit (no offence to those who are really working for the expansion of the human mind, and not as DSM police!)

The mechanism of this simple phrase, and what it really means.

When a teacher tells you to pay attention, especially in a classroom setting filled with your peers, what they are really trying to say is that whatever you’re interested in at this moment, is NOT important and you should just drop it as quickly as you can. Moreover, what I, the teacher, is trying to get you interested in, is far more important than your current interests, also, that all of your present peers, who as a result of hearing me ask you to pay attention, have just judged you (whether they want to or not) as someone who has not his/her best interest in mind, who also I, your teacher, know better of than you, the student, do. And AS someone who knows what’s better for you, and who undoubtedly knows wrong from right (which your parents have very fortifying-ly made sure that you least understand that wrong is WRONG and right is NOT wrong) I hereby declare to you that your current interests, whatever they may be, are WRONG and my current topic of discussion is class IS what is right! And you would be an unmoral being and a dunce if you continue NOT being interested in what you are NOT interested in!

Who decides what is interesting as we grow older?

I’ll give you a moment to process that, in the meantime I’ll tell you a joke. A teacher once visited his own teacher from his school days, who was by now a very old man. So the latter asked him: “So, you’re a teacher now! How wonderful! Do you have good students?” the young teacher replied: “Oh yes, I do! Though it seems I always have to ask for their attentiveness in class, but they always seem to comply after one or two remarks.” “That’s good!” the older fellow said, “I had the same case, he was always interested in trivial matters, but with perseverance I got him well educated, and now he is a teacher himself!” If you found that funny, congratulations. If you missed the point that’s totally fine, and very normal. The majority of the “class” will grow up “educated” and well on their way of becoming “teachers” of their own.
Somehow it seems that the entire educational system is based on the notion that the teacher knows what is best for the student, and if that single notion is dropped, the whole structure of the current educational system, and indeed the family institution will crumble. “Adults” seem to forget very quickly that they each had different interests from what their authority figures had in mind, and consequentially fall victim of the notion that the world is the way it is and that’s it! No need for any change, and any such thoughts are seen as heresy, the only difference is that culprits of such a crime today are not burned at the stake, but suffer a much terrible fate, of being forever shunned by their communities as delinquents and irresponsible.

How the ego falls victim of its user’s misuse.

Moving back to the point, the Ego is also the image one sees oneself as. And it is only an image, just in the same way as the word “tree” is an image of the actual thing. But somehow people tend to forget that the word “tree” does not produce any fruit, nor can it give you shade on a sunny day. It is only an image, a symbol. And the symbol of oneself is cultivated since birth, usually restricted to reflect whatever social, religious, civilized and dogmatic norms present in that Ego’s environment. The Ego is a very powerful tool, and just like all tools, it cannot be blamed for the misuse of the bearer. It is simply unfair and plain stupid to blame an oven, if the housewife decided to cook her husband, instead of his dinner…

The current trend is to throw away a functioning tool because of choosing not to know how to use it.

“Free yourself from Ego” is a path that first begins with freeing your ego, and allowing it to be free to be whatever you can imagine it to be. And THAT is something our entire education is simply against. There will always be more room for a dentist, a lawyer, businessman, accountant… But there is never room for free thinkers. And although it is very hard to notice, and very subtle to be evident, all this opposition is deeply embedded in the simple expression “Pay attention”. It tells the full story, and all its possible variables.

“Pay attention” creates guilt, and paves the way for kids to start disobeying their emotions and feelings while obeying their authority figures. Whatever happens in the classroom will decide what happens in every other room in the future, and we are all being fooled and lied to, as our parents and their parents were, all the way back since the creation of the modern-day curriculum. There are many more expressions like it, but somehow this one tops them off. It is simply the earliest one we are faced with while growing up. Free your Ego, it deserves better than what you and your teachers have forced upon it. Free yourself from any belief system that does not resonate with your emotions and deepest feelings. And if you feel incapable of doing so, still exercise it! It is not only your right, but also your duty as a sentient, self-conscious being. Don’t pay attention to anything that asks you to, simply relax your observation, and notice what is already grasping your attention. If you decide it to being worthy of your holy consciousness, then by all means, continue observing. But if you find it not fulfilling your innermost feelings and drives, then you are better off without it. As a very wise saying goes: If a mosquito with an indestructible stinger tries to bite an iron bull, it will create a vicious loop of stupidity and mundane-ness.

How to do it differently.

It is no question that the only evolution for the educational system is to allow the students to participate in whatever they want to learn. It is their choice to choose whether something is interesting or not, taking into consideration the basics of human conduct (which also need reform, but that is a topic for later). The real question is how do we get out of this loop of feeding our kids the same treatment we had while growing up, and on which we blame a lot of our world problems? Does it start with the teachers? The curriculum? The language? No. All these things are only symptoms of the main issue, which is how we perceive ourselves, and if that and only that changes, we are well on our way to truly taking the human race on its next evolutionary path.
One real question remains, the only one that could spark such an evolution, and that is: Am I really what I appear to be?

"The power to manifest is inherent. The will to do so is not." Member of the band Qantara Music teacher in Bach Music Institute (Antelias, Lebanon)