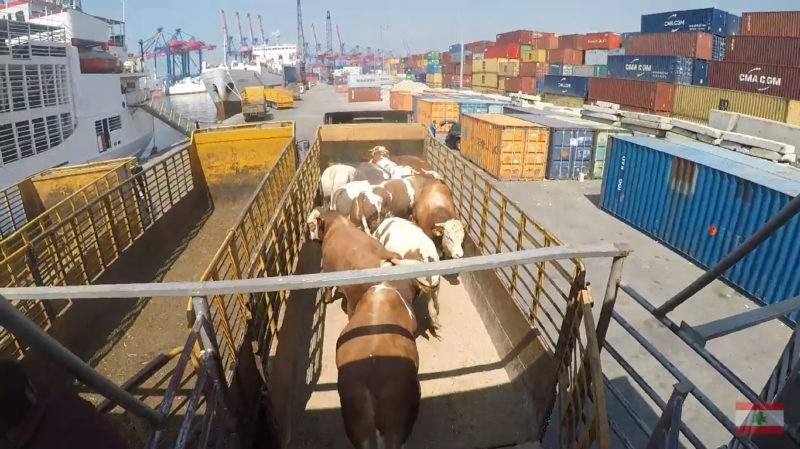 The truth behind the food we eat in Lebanon has been exposed by brave animal liberation activists. All the footage were taken in Lebanon in 2019.

The undercover investigations show the industrially-farmed chickens forced to live in dismal conditions and grow as big as possible in the shortest possible time. Chickens live in miserable, cramped and overcrowded conditions, typically going from hatchery to slaughter house in four weeks. Few consumers of chicken meat are aware of such suffering. Their mass production is one of the biggest causes of animal suffering.

Thousands and thousands of cows and sheep are imported daily from France, Armenia, Brazil and other countries. There’s no ‘nice’ way to send animals halfway around the world to be killed for meat.
This footage exposes an industry acting unlawfully. It reveals what millions of gentle animals have endured for decades, in secret. Urine and faeces accumulates on typical live export ships every day sheep and cows are on board. The ships won’t be ‘washed out’ until after they’ve disembarked.
When temperatures soar — and predictably they do. Extremely heat stressed animals collapse and may die slowly over the following days.
Of course, there is no such thing as “humane”, the animals will be forced and dragged onto trucks against their will and brutally killed.

This is the real price of eating meat.

Please… stop contributing to the despair and suffering of animals. Stop supporting this cruel industry which we humans have created .

By acting on our ethics, we can play a significant role in reducing the unnecessary suffering of sentient animals and make this world a kinder place. We have the compassion to make the right choice.

Let’s enjoy life, but not at the expense of others.
Let’s reject violence, embrace peace and live a joyful vegan life.