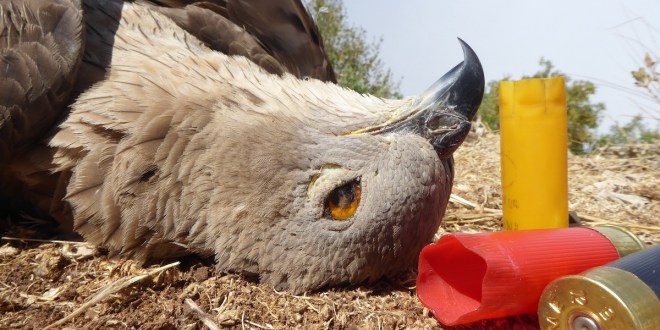 The 15th of September marks the official opening of the hunting season.
The Lebanese Bird Conservation Coalition (LBCC) fear that the mass slaughter of many bird species, will continue as in past years. The individuals that commit mass slaughters against species of wild birds, many of which are globally at risk from extinction are not real hunters.
Poachers, shooters and trapper are unaware of the damage they are causing as levels of environmental awareness and their knowledge of sustainable hunting is low.
The authorities have shown little interest and failed once again to secure arrests and prosecutions.
President Aoun has started a process that will bring multiple benefits to the country and migratory birds.  LBCC hope that this hunting season is the start of a new chapter for bird conservation in Lebanon.

We have welcomed President Aoun’s statement calling for a Peace Accord with birds and nature and we sincerely hope that legal hunters will respect the new law and all its details. We welcomed the visit early September from the Germany based Committee Against Bird Slaughter (CABS), who through the support of Mrs Claudine Aoun Roukoz and the proper authorities have made a start in solving this problem. We recognise that there are legitimate responsible and legal hunters following the law, who are undertaking a hobby they are proud of. These legal hunters can help solve this problem. The Lebanese Bird Conservation Coalition (LBCC)

LBCC believes that a real change can be made through collaborative efforts involving all sectors of society.

Around 25 million birds are slaughtered in the Mediterranean. Report by Birdlife: THE KILLING.