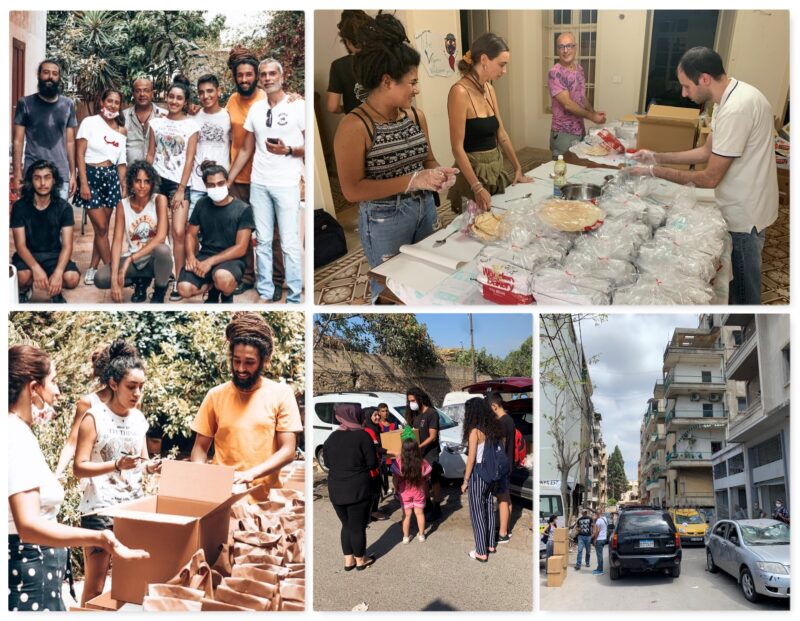 Famous animal rights activist, Seb Alex initiated a crisis relief program to provide vet care for injured animals in Beirut blast and plant-based foods to the underprivileged and people who have been directly impacted by the 2020 massive explosion in Beirut, Lebanon that left an estimated 300,000 people displaced from their homes, 6,000 injuries, at least 177 deaths, and US $10–15 billion in property damage.

After days of phone calls, emails, messages, chats and hours of organization, Seb Alex finally managed to collect funds and team up with Lebanese Vegans to start preparing donation boxes of plant based food, as well as vegan ready meals and sandwiches supported by many vegan businesses in Lebanon, local animal rights activists and volunteers.

Thanks to all the donations, Seb, along with active members of Lebanese Vegans community, vegan businesses and volunteers, managed to treat the animals that have been injured in Beirut blast and distribute a large quantity of healthy plant-based food and more than a thousand vegan ready meals and sandwiches to struggling people in Beirut. They also took ready meals to both Kenyan and Ethiopian workers who are protesting outside their consulates.

I would not be able to carry out this campaign if it wasn’t for the amazing community of activists in Lebanon, the people behind the scenes, you all know who you are and I’m so happy you exist ❤️ together we have distributed more than a THOUSAND ready meals and during the next days over 800kg of boxes full of rice, lentils, pasta, tomato sauce, bulgur, vermicelli, beans, chickpeas, juice and water. Massive thanks you to @lebanesevegans and anyone involved in helping humans and other animals during these tough times…
.We will try to distribute food to up to 5000 families, if you’re in Lebanon, join us!

The crisis relief program is still undergoing . If you’d like to donate, please do so here at
https://donorbox.org/food-for-suffer-families-from-the-explosion-in-beirut
or contact Lebanese Vegans if you’d like to volunteer.

We’re here at Sin El Fil with @seb.alex for another of relief program. Much respect and love to all who have donated and to all vegan activities making this support program a reality! 💚🌱 . . . #Veganforthevulnerable #Cognitivedissonance #Dominion #relief #sebalex #lebanesevegans #beirutblast #beirutexplosion #beirut #lebanon