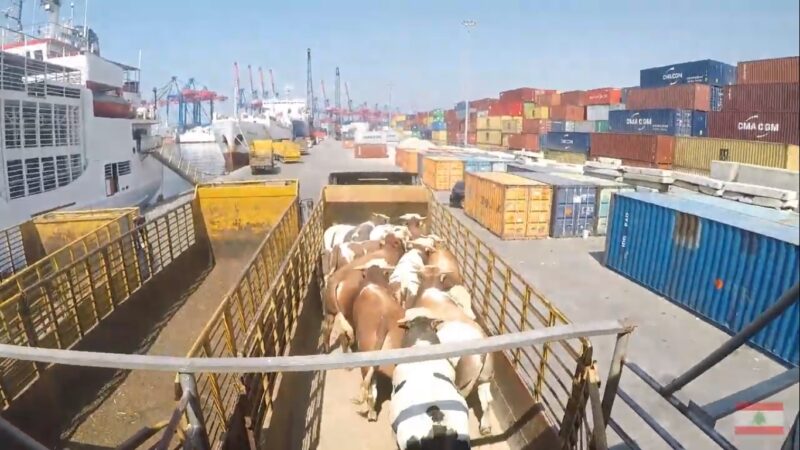 It will take at least five days to get all the animals onto the ship. According to Leila Vettorello, the general manager for sales and operations with port operator Sagres – which is responsible for shipping the animals to Lebanon and Turkey –, the reason for that is the availability of trucks and the time it takes for them to get to the port. The Panamanian ship MV Nada can accommodate all of the cattle at once. The journey is expected to take 28 days.

Not counting the ongoing sale, some 45,000 head of cattle, or roughly 11,800 tons, have shipped off from Rio Grande Port to Arab countries so far this year, fetching USD 23.34 million in revenue.

Year-to-date through August, livestock sales from Brazil to Arab countries grossed USD 111 million, down 39.3% from a year ago, with 59,360 tons – or 237,400 animals – shipped. The leading Arab importers have been Iraq, Egypt, Saudi Arabia, Lebanon and Jordan.

Livestock exports from Brazil to the world amounted to USD 131 million through August, down 47% year-on-year. Turkey was the fourth biggest importer, trailing Iraq, Egypt and Saudi Arabia, as per Secretariat of Foreign Trade (Secex) numbers. The bulk of sales ship out from the Rio Grande, Paranaguá and Santos seaports.

There’s no ‘nice’ way to send animals halfway around the world to be killed for meat. On live-export ships, particularly during long and hot journeys, animals may be forced to stand for a substantial period of time in a slurry of water, faeces, and urine up to 45 centimetres deep until they’re unloaded. Urine and faeces accumulates on typical live export ships every day sheep and cows are on board. The ships won’t be ‘washed out’ until after they’ve disembarked.
When temperatures soar, extremely heat stressed animals collapse and may die slowly over the following days.
Of course, there is no such thing as “humane”, the animals will be forced and dragged onto trucks against their will and brutally killed.