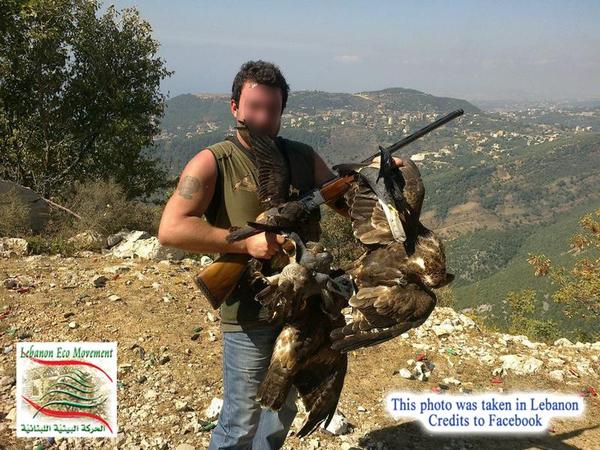 BirdLife International and Partners have uncovered the shocking extent to which a number of species are being decimated, putting together a list of the ten countries with the highest mean number of birds illegally killed annually.

The study – poignantly headlined The Killing – has been carried out and breaks down the killings, country-by-country across the region, pointing at the worst culprits and highlighting the species suffering the most.

“This review shows the gruesome extent to which birds are being killed illegally in the Mediterranean. Populations of some species that were once abundant in Europe are declining, with a number even in free-fall and disappearing altogether.

“Our birds deserve safer flyways and we want conservation efforts to be increased now, before it’s too late.”

Located on the second most important avian flyway in the world, Lebanon is a strategic location for migratory birds. Unfortunately, widespread problems with the illegal killing of birds exist across the country. Normalized in society, illegal shooting and trapping has become an extremely popular pastime in Lebanon. As a result, the mean estimated number of illegally killed birds in Lebanon is more than 2,600,000 annually. The estimated mean number of individual birds killed illegally is 248 per square kilometer each year. There are 327 species of bird occurring regularly in Lebanon, with around 59% of these being killed illegally in significant numbers.
Amateur shooters lacking the skills of those more experienced hunters are illegally killing birds across the country. In fact, an estimated 400 people die each year due to their lack of expertise. New methods for mass killing of birds are being used in the country, such as song playback devices, mist-nets and bright lights at night to attract birds into traps. Common Quail (Coturnix coturnix), Calandra Lark (Melanocorypha calandra) and Blackcap (Sylvia atricapilla) are killed in large numbers.

Irresponsible illegal killing and trapping in Lebanon is thought to be one of the main factors behind the decline of many migratory bird species in Lebanon.

Download the full report by Birdlife International: THE KILLING