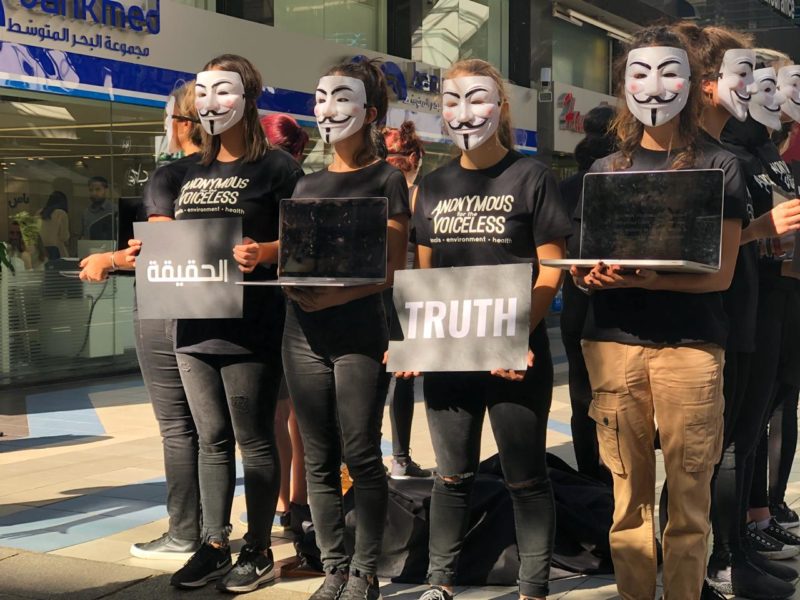 The first Cube of Truth hit Beirut Lebanon on the 3rd of November 2018 and on International Cube Day where more than 500 cubes took place world wide!

These awareness campaigns are organized by the animal rights organisation Anonymous for the Voiceless where they expose to the public what is intentionally hidden from them when it comes to animal exploitation. They peacefully confronts the public with the horror of animal agriculture and they fully equip them with everything they need in switching to a Vegan lifestyle.

The “Cube Of Truth” featured activists in a square formation, showing footage of factory farming ‘truth’ to the public. 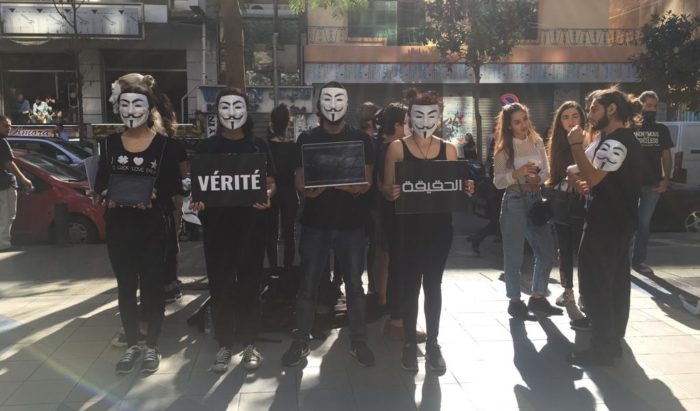 The public could see standard farm practice first hand, highlighting the brutality that our food and product choices bring to animals.

The public were very engaged and showed enormous empathy when the brutal facts were before their eyes.

Outreachers spoke to the public explaining what they were seeing and how to prevent it, taking an abolitionist stand on animal exploitation and encouraging a vegan solution.

The cube event in Beirut, Lebanon was described as a ‘great success’ by organizers janey kekhia and Georges Achkar Salame.

“When we go onto the street, always with the permission of the local authorities, we form what is called the “Cube of Truth.” If a member of the public is interested in what we are showing we have a conversation with them. We do not push anybody to approach us or approach anybody before they come to us. We believe that the first step in accepting the truth is to move towards it with an open mind.

We are all volunteers, here for the animals and our environment. We want to leave the world a better place for future generations.

On Saturday we held our first cube of truth and it was a success. We had a lot of public interest, and almost everybody who came by and realized what we were doing took us very seriously. We also had some passionate conversations with people who are not ready to take meat off their plate, despite being made aware of what happens behind slaughter-house walls.
The local police were amazing to dedicate their time to stand by our cube all day long, so we thank the municipality fully for their support. Our demonstrations are more like an art-installation and completely peaceful, so we look forward to being out on the street many more times to be the voice of the voiceless.”

The FIRST Cube of Truth LIVE from Beirut Lebanon