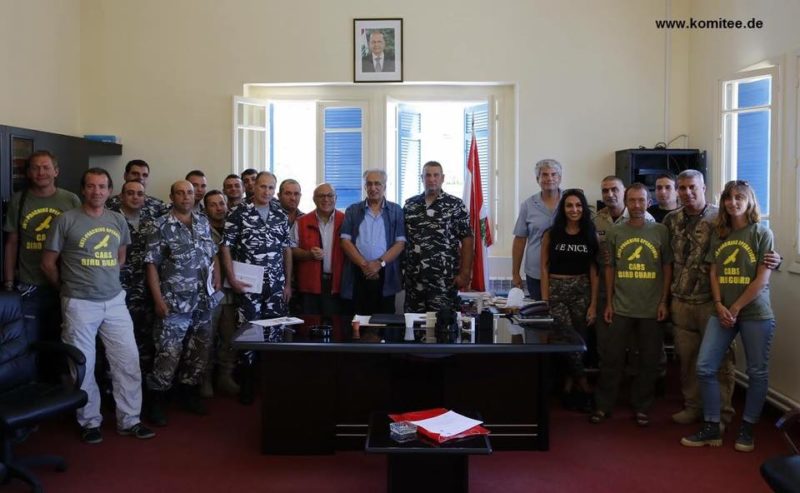 In Aqoura (Lebanon), CABS members and the Lebanese partner organisation SPNL (Society for the Protection of Nature in Lebanon)  participated in a police training course. The police officers present will monitor the compliance with the new hunting law. Among other things, CABS – Committee Against Bird Slaughter – were able to show their video about Honey Buzzard massacres documented in the mountains of Beirut, which was released a few days ago, and thus draws attention to the scale of the issue. It’s great to see the authorities keen to rise to the task. 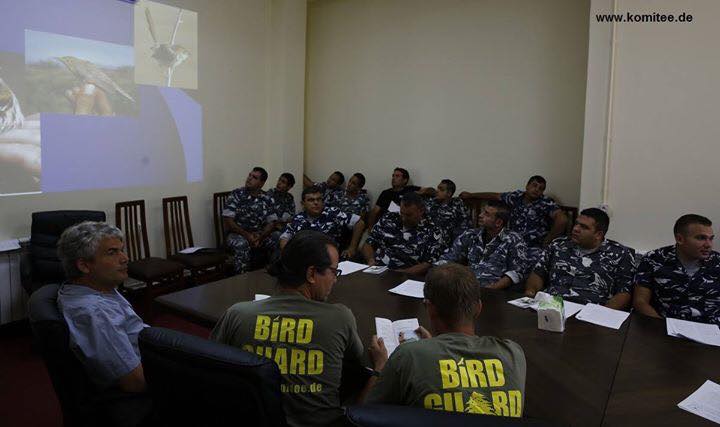 The first hours after CABS published the short video on Youtube and Facebook, it has reached more than 60,000 people. We hope to use this material to draw attention to the very serious issue of illegal poaching occurring in the Lebanon. You’ll find the 15 minute movie here:

CABS have conducted the first Bird Protection Camp in Lebanon to document the cruel slaughter of rare and protected migratory birds.